United Healthcare continues to be the clear leader in the Medicare Supplement market, capturing over 30% of total market new sales and in-force policies in 2016.  However, as indicated in the chart below, UHC’s Medicare Supplement growth rate has slowed steadily since 2013 as new sales appear to have leveled off in spite of overall market growth.  CSG Actuarial attributes UHC’s slowing growth rates to lower market impact of age 65 enrollees and a weakened competitive position. 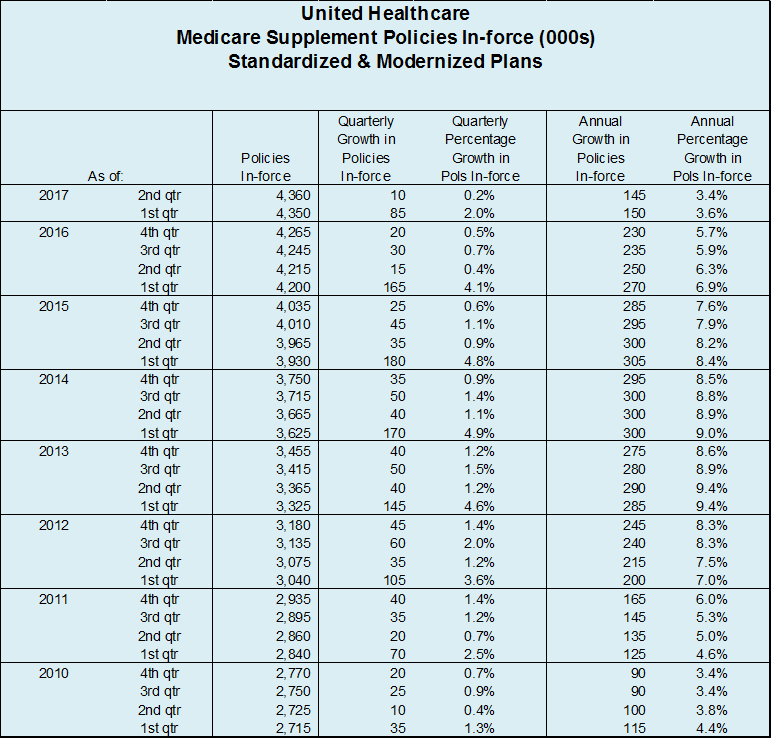